Product managers are always taught to drive their product direction based on their customers’ requirements, but that is not always the right approach. 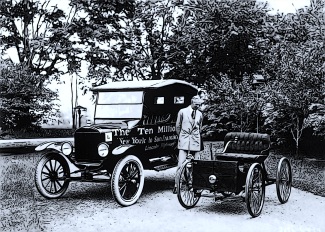 According to a famous legend, Henry Ford once said: “If I had asked my customers what they wanted, they would have said a faster horse”. Although it is likely that Henry Ford have never really said those exact words (see here), they represent an approach that many innovators (including Ford) took, and used to change the world. We can imagine a similar situation in which Thomas Edison would have asked the people of his time what’s missing in the lighting devices they used, only to hear back requests for a “long-lasting, non-dripping candle” or for a “brighter gas lamp”. Such a response would have sent him innovating incrementally on a different direction and missing the invention of the electric light bulb.

It is not hard to think of examples from the modern era. Netflix did not invest in making video stores more efficient but instead have chosen to mail DVDs directly to the customers, and later to stream videos over the internet. Amazon have bet on providing information technology (IT) solutions using a shared cloud environment instead of looking for ways to improve on-premises data centers. In both cases it is safe to assume that if asked, the customers would have provided very different answers to what they wanted, compared to what Netflix and Amazon delivered. The success of these companies proved that they did the right choice, so are we to conclude that listening to customers’ requests is a bad idea?

Before I am blamed of “product management blasphemy”, I will say that listening to customers is essential, however the important point is what should you ask them and what input are you seeking. To better explain that, let’s look at the way products and technologies evolve. There’s usually a revolutionary innovation step-function every once in a while that takes the products to another level. In between those revolutionary steps, we see incremental, evolutionary improvements. For example, if we look at telecommunication market, we had several revolutionary steps such as the invention of the telegraph, the landline telephone, and lately the mobile phones (and possibly also the smartphones). Each has changed the telecommunication market drastically, however after its introduction, each of these innovations was continuously and incrementally enhanced to improve the service for the users. Landline phones got connected with each other through a manual switchboard, which was later on replaced by the automatic switch. Analog communication was replaced by digital, and transatlantic cables and satellite links have increased the reach of the telephone service.

Each one of the revolutionary steps addressed a certain need for the users, while the evolutionary steps helped addressing the same need, just better. The telegraph enabled us to communicate (through text messages) across distances at the speed of light, the telephone addressed the need for personal, real-time conversation, and the mobile phone made us reachable any time, anywhere. The incremental improvements, such as the switchboard and digital transmission for the telephone service, has made it easier to use the telephone, and with a better voice quality, but still addressed the same basic need. In order to revolutionize the telecommunication industry, Alexander Graham Bell did not ask himself nor his customers: “what should I improve in telegraph”. Instead he went back to the starting point and asked his customers: “what is your basic unmet need”. The need to “communicate fast at the speed of light” was already met by the telegraph, but he identified something else that was missing: “we need to talk to each other across distances, in our own voice, without mediators such as the post office clerk”. He then embarked on his journey to address this need, and came up with the telephone. A similar approach has led to the mobile phone invention, where the unmet need was “we want to be reachable and talk from everywhere, anytime”, so it’s not surprising that the first adopters of mobile phones were business people whose need to be reachable translated into revenue. Such approach of going back to the customers’ needs, vs. asking them about improvements in their existing solutions is at the foundation of each and every revolutionary innovation. It enables the innovators to free up their thinking from the constraints of the existing products and technologies and possibly attack the problem from a different angle, with an out of the box thinking.

So when we apply the above model of revolutionary/evolutionary innovation to product definitions and design, I would therefore suggest the following approach:

In practice, when I want to define the next release in my product, I would ask customers about their experience from our products, read the notes from the last users-group and review the list of enhancement requests that we get from our customers and field team. But to define the next generation solution, I talk with the customers about their business and processes, understand their challenges and aim to identify their unmet need.

Henry Ford did not invent the modern car, but he was the first to address the unmet need of an “affordable car” and used a standard non-customizable design (“they can have any color as long as it is black”) to optimize the manufacturing process and reduce the price of the cars. But he missed the second step of continuous incremental innovation, and when competition emerged, he did not adapt to listen to his customers product requirements and lost the market leadership.

Customers’ feedback is important and critical for the success of products. However, it is crucial to understand what feedback you should seek. Make sure you understand where you want to be in the innovation curve and phrase your questions to your customers accordingly. Are you a revolutionary innovator that should seek an unmet need, or are you evolving an existing product and should ask about product features? Either approach can lead to a successful business, but that’s a topic for another post. 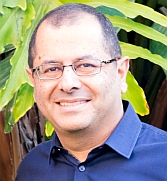 Technologies, market needs and human behavior interact together to help our society evolve. I am interested in how they impact each other and what it means for the information technology industry.

This is my private blog. It does not necessarily represents the opinions of my employer. #IWork4Dell